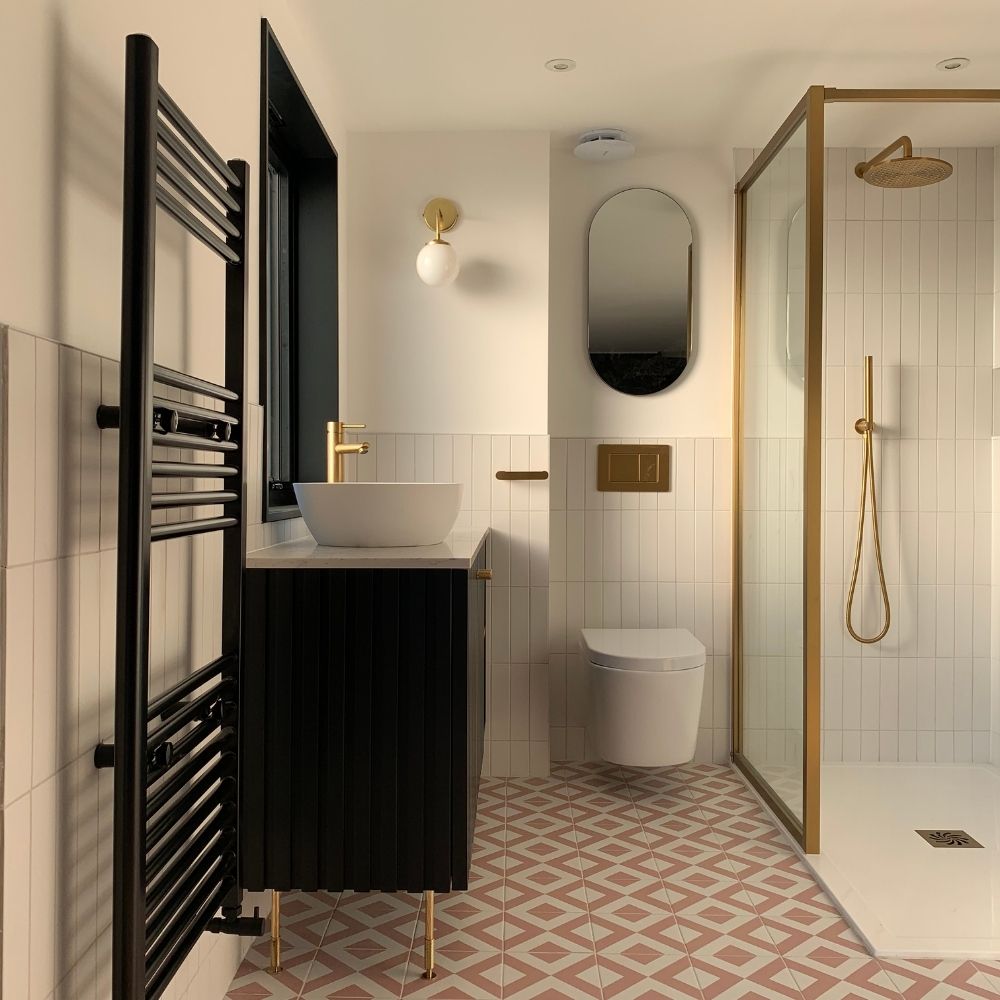 AD – Some of the products mentioned in this post have been received on a press discount, where payment has been made for part of it.

The renovations really never stop in our house. Do they ever stop at all? Last year we started the renovation of our existing loft conversion which was added onto our property in 2014 and built by the previous owners. The space was fine, it was functional and a great size, although the old bathroom was starting to fall apart. However what also wasn’t quite right about it, was that the style and design no longer fitted with the rest of the house.

As a side note our loft conversion was one of the reasons why we bought our house, partly because it was done and we wouldn’t need to build one. But also because of the views across South East London. You wouldn’t think from the front of the house that we had a view, and I was really surprised to see it when we first viewed this house at the end of 2017. So, for me updating this space was well worth it.

Once the extension and the rest of the house renovations were finished my focus was slowly starting to turn towards our loft. It had been on my mind for about a year before we started work, allowing time to work out what we wanted to do and to get quotes. My aim was to make it a luxurious space as I think that loft conversions and any new areas you add to a house should add value, glamour and style to a home. Plus I wanted it to be a space that we could escape too.

We’ve achieved my vision by renovating all of it, with the exception of the small storage cupboard which we’ve kept for storage of all the random junk (that we all have). We’ve even renovated the exterior of the loft conversion. I will share more about this and the renovation of the master bedroom in a later blog post as we’re just waiting for our bed to arrive and then I can finally style the room.

But for now I wanted to share what we did to renovate and update our ensuite bathroom, and how we’ve made it feel part of the bedroom yet also a separate room at the same time. I’ve also added links to everything we have bought for the bathroom at the end of this blog post.

I have barely any pictures of the old loft bathroom so you’ll need to make do with the estate agent pic and the picture when the rip out began.

The old bathroom was small, I could span my arms and touch both walls. It had all the functional things you needed in an ensuite – toilet, sink and shower cubicle. However it was starting to fall apart and although it was good having this space as a separate room outside of the bedroom for more flexibility within the house, it lacked the feel and wow factor that we had created downstairs.

We worked closely with our builder MPRM Design & Build who have been amazing and provided plenty of design ideas and build solutions on top of my design ideas to update this entire floor, including how best to renovate our previously tiny bathroom into a much larger bathroom that would (almost) become part of the master bedroom. We did this by stripping out the entire old bathroom and taking it right back to the plasterboard, removing the wall that separated the two rooms, blocking up the old doorway into bathroom, and extending out the bathroom wall into our bedroom to create a much bigger bathroom. We were then left with a huge opening into the bathroom that is now separated by crittall style reeded glass panes and a sliding door from Ministry of the Interior UK.

In terms of style and vision I wanted this room to be classic, to be timeless, to work with the monochrome tones of the rest of the house and to have a sense of fun to it. I also had a lot of fun designing it and I loved working out all the details and planning this space.

Here’s a few pics showing briefly how the bathroom changed over the duration of the renovations…..

Here’s how we styled this space….

As you can see the room is a combination of black, white, pink and gold tones, which is my colour palette for the loft and this expands on my overall colour palette for the whole house. We have a lot of black (RAL9005) reeded panelling is the bedroom and I wanted the bathroom to be the opposite of this, yet with some elements of the bedroom design. This led to the bathroom being predominantly white tiled for brightness with the beautiful matt Oska Linen porcelain tiles from Mandarin Stones on the walls and the Pink Geo porcelain tiles on the floor.

Choosing the tiles was actually fairly straightforward. We’ve used Mandarin Stone throughout the rest of the house and I’ve found them to be such a good quality with style, so it made sense to remain with the same supplier. To help me decide I ordered loads of black and white samples, patterns for the floor and white rectangular tiles for the walls as I was already keen to run these as a vertical stack. My wildcard tile was the Pink Geo, and I am so glad that I chose this instead of going for a monochrome floor like we have done in our family bathroom, hallway and front path.

For the bathroom fittings it made sense to go for brass or gold as we already have a gold and brass thread running through the house, with gold fittings in our family bathroom too. Plus they look contemporary and stylish, and they compliment the wall and floor tiles, and the reeded panelling too. I was particularly drawn to the Brushed Gold range in Lusso Stone (all links are at the bottom of the post) for it’s high quality of finish and functionality. But also because we could get everything in the same gold including the flush plate and toilet roll holder. Trying to match gold from different suppliers is really tricky and I’m so pleased that Lusso Stone supplied it all so I didn’t have to find a matching toilet roll holder and other accessories from elsewhere.

One of my favourite items in the bathroom is our custom sink vanity unit which has been beautifully custom made by our builder to match the bathroom and the bedroom. I love it and I will talk more at a later date about why we opted to do it this way instead of buying an “off the shelf” vanity unit. But for now we had the cupboard made to feature black reeded doors and a side panel, open shelving, a Silestone worktop that had holes cut for the sink waste and tap, and then our Lusso Stone tap and sink were fitted onto this. The cupboard sits central underneath the window on 4 gold legs from Superfronts. We also added gold door knobs from Buster and Punch to match those on the wardrobe doors in the bedroom.

Other elements to our bathroom design included adding a wall light above the sink area that I searched high and low for. My biggest challenge was finding one that would work well with the Lusso Stone Brushed Gold, and in the end the best and closest match I could find was a beautiful, yet stylishly simple wall light from Spark and Bell in Raw Brass. In addition to this we’ve added a very neat MDF box frame around the window to neaten the window edge, which is sprayed in RAL9005 to match the reeded panelling and the box frame around the sliders in the bedroom.

Last of all the items you can see we moved the towel rail onto the outside wall of the loft conversion (it used to sit on the wall that was removed) and replaced it with a black towel radiator. I chose a black towel radiator instead of brass to avoid a brass/gold colour clash, and also to balance the room a little more and work with the black sink unit.

In terms of what’s hidden under the surface we mostly kept all the bathroom in the place to avoid disrupting and changing the existing plumbing too much. We did move the sink to underneath the window which involved moving the plumbing around slightly to accommodate a relocated waste pipe and taps. In addition to this we added electric underfloor heating under the tiles, a wall light adjacent to the window, and replaced the one ceiling light to four spots.

So that’s it, that’s how we updated, extended and renovated our bathroom in our loft to a space that I am hugely proud of. Vision achieved! I’ll share more shortly about the renovation of our bedroom and the rest of the room. Watch this space.

I’ve marked this post as an ad as I received a press discount from Mandarin Stone and Lusso Stone for the bathroom fittings and tiles. All opinions are my own, but I can say that everything we chose for this room is amazing. 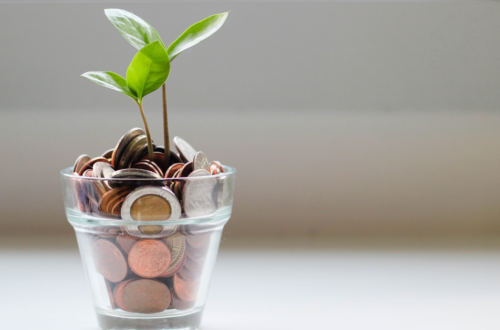 7 Ways To Take Control Of Your Finances 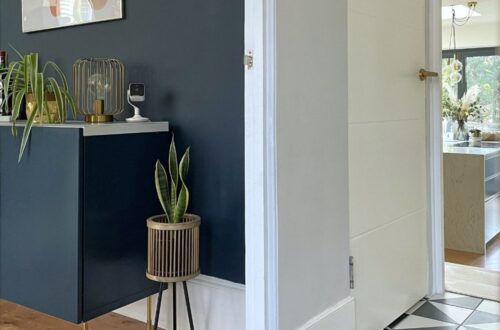 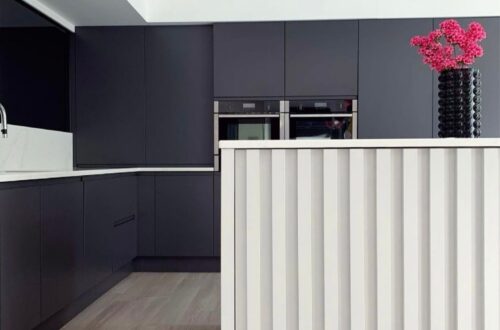 BEDROOM DESIGN Hey all! Hope you all had a brill