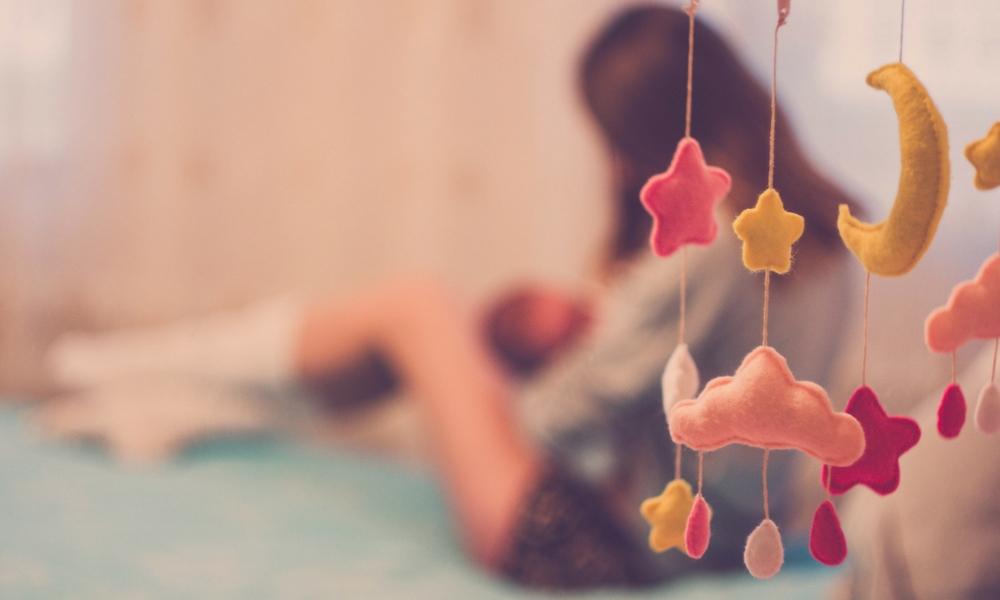 This week it’s National Breastfeeding Week, and as someone who exclusively breastfed our daughter for the first 11 months of her life, I wanted to share our breastfeeding journey with you.

I originally wrote this post for My Petit Canard Breastfeeding Diaries just over a year ago, and I’ve slightly tweaked it, making it relevant to today. It also comes at a great time where exactly two years ago our breastfeeding journey was just beginning.

I’ve stopped breastfeeding my daughter at the age of 10.5 months after exclusively breastfeeding with the exception of the odd bottle of formula in the early days. I think it was her choice to stop as she pushed me away when I was trying to feed her. I had always wanted to stop breastfeeding before I returned to work, and that’s what happened, it was almost like I had planned it. I can’t say I loved or hated breastfeeding, but when I look back at it now I tend to reflect on the difficult days more so than the good days. I am a positive person, but sometimes I think that breastfeeding made me resent feeding my daughter especially in the beginning.

During my pregnancy I felt an unspoken pressure from friends and family to breastfeed my daughter, it felt like there was no other option. As well as pressure from my midwife and NCT leader following the breastfeeding session, who made it look so easy. After you had the baby, place baby’s mouth to nipple and voila you could breastfeed. My midwife also gave me a leaflet, and said if you read this every day you will know how to breastfeed.

I obviously had my concerns, having spoken to friends who told me to stay as long as possible in hospital to get all the help you can with breastfeeding, as it’s hard. Alongside this I had concerns about feeding in public, and feeding in front of family and friends. How would I be able to do it without flashing my boobs to everyone?

Putting all concerns to one side I prepared myself for breastfeeding, purchasing a breast pump, breast pads, nursing bras and tops. No bottles or formula were purchased.

After a 60-hour induced labour and C-Section, I finally got to properly meet my little girl back in our room on the labour ward. She had skin-to-skin time with Daddy whilst I was being stitched up. I was literally shaking and shivering holding her, a result of all the drugs pumped into me as part of the induction and the epidural too. I remember trying to get her to latch on but I found it so difficult to hold her (she was 9lbs 4oz) and support her with a really painful C-section wound. We really tried to get her to latch, but continued to struggle.

Once we were moved to the maternity ward that’s when feeding became the focus. We were still having trouble with the latch, so we had to hand syringe colostrum from my nipples into her mouth, I’m sure my husband really enjoyed helping syringe colostrum for me. After a while the midwives were concerned about the amount of colostrum our daughter was getting, it was only 1ml here or there. At the end of day 1 my nipples were so sore from hand expressing. It was then that we made a decision to give her a formula feed, as she was obviously hungry and needed food.

The hospital were brilliant at breastfeeding support. We attended a talk with their breastfeeding specialist, as well as her helping me to find the correct latch and showing me how to feed with a feeding cushion as my biggest problem was having little one laying across my scar. I found the My Breast Friend cushion to be amazing, I cannot recommend it enough.

Once we were discharged from hospital it all went a bit downhill, my milk came in and I got really emotional. The day the midwife came out for our 5 day check our daughter had lost over 10% of her birth weight even though she was feeding. We were told to give her 2 x 90ml of formula a day and to feed her every 2 hours (including during the night). I felt like a human cow after this, I felt like I was constantly feeding, and I hated it. She would also be super chilled out after having a formula feed which made me think that breastfeeding wasn’t working. But I persevered.

Breastfeeding started to get easier around the 6-week mark, before that we had some really long days and nights feeding round the clock. I found the nights to be loneliest, sitting in our spare room feeding our baby whilst my husband slept. Thank god it was Summer so it was light at 4.30am making the nights not seem so long. I lost count of the number of mornings I was up feeding hearing the first planes going into Heathrow.

I was nervous about feeding our daughter in public, her first public feed was in the doctors surgery after her 2-week weigh in. She would not stop screaming and I knew I had to feed her to get her to calm down. Fortunately it went well with no latch issues, and it was then I realised that no-one actually bats an eyelid. This then gave me a small boost of confidence to feed her out and about.

My NCT ladies were a wealth of support for me and also for each other. We all started off breastfeeding, and just being out and about with them who were also breastfeeding made it easier for me to do. Where we live there are so many breastfeeding friendly cafes, restaurants and pubs which put my mind at ease.

I also learnt that breastfeeding was an excellent tool for getting our baby to sleep, every night after her bath I used to feed her to sleep. We had an awful time when she hit 4-months old with waking every hour, and every hour I would feed her back to sleep. This went on for 2-months, until I stopped feeding to sleep. It was hard to change the routine, but it worked eventually, and slowly her night wakings reduced dramatically.

Breastfeeding habits started to change when we started weaning our daughter, she used to feed every 1.5 – 2 hours during the day. Slowly as food was introduced, meals started to replace breastfeeds. I noticed that I didn’t feel as full as I used to, or get quite a strong let down.

Teething was also pretty hellish for breastfeeding too, especially with the odd bite here and there. Once you are bitten by your baby, the fear of latching them back on is terrible.

We were down to about 2 feeds a day at 9 months, and often I was having to force the feed on her. I felt that it was coming to an end, and it ended one day when she pushed me away and I knew she didn’t want anymore.

When I stopped I didn’t have any problems with excess supply to meet no demand, or had to express. As we stopped gradually my body adjusted, my boobs are now flat pancakes, in fact I can’t even remember what they looked like before.

If there was one top tip that I could give, it would be to have kept up with one bottle of formula or expressed breast milk a day. Our daughter quickly went off the bottle, and it was impossible to get her back onto it. This was really hard as I was then solely responsible for feeding my child, and restricted me going anywhere without her for more than 2 hours.

I hope that this hasn’t come across in a negative way, breastfeeding is hard, it’s exhausting and all-consuming. But, would I do it again so I know my child is getting the best……….yes! 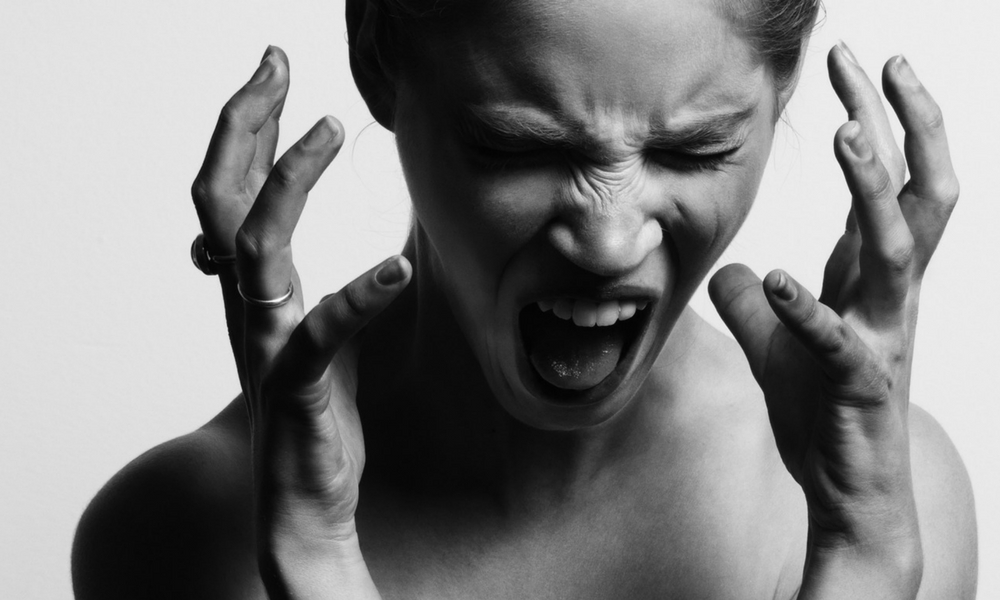 The realities versus the expectations of potty training 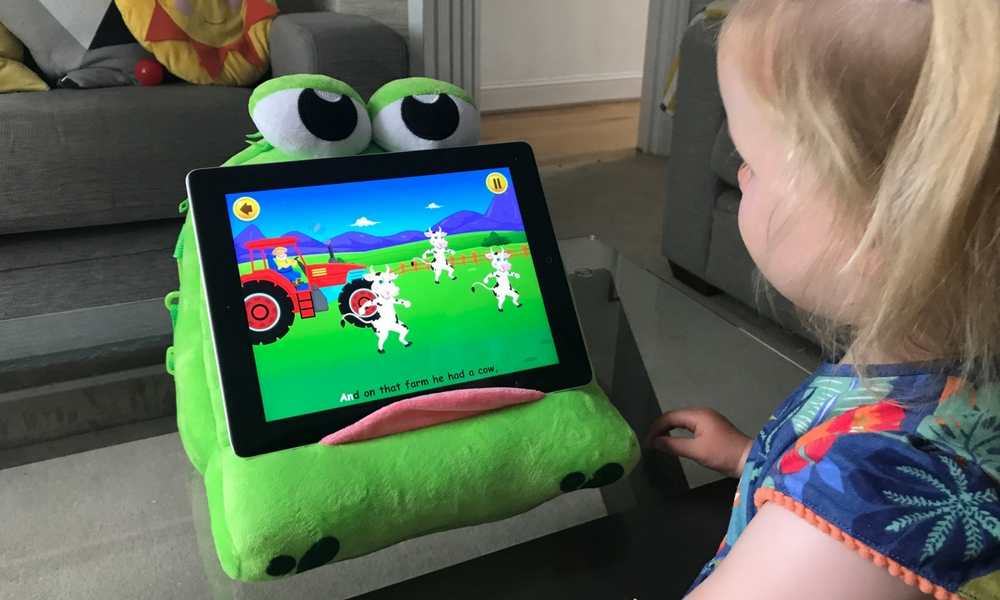 Competition and Review: A Cosy Holder for your iPad or tablet 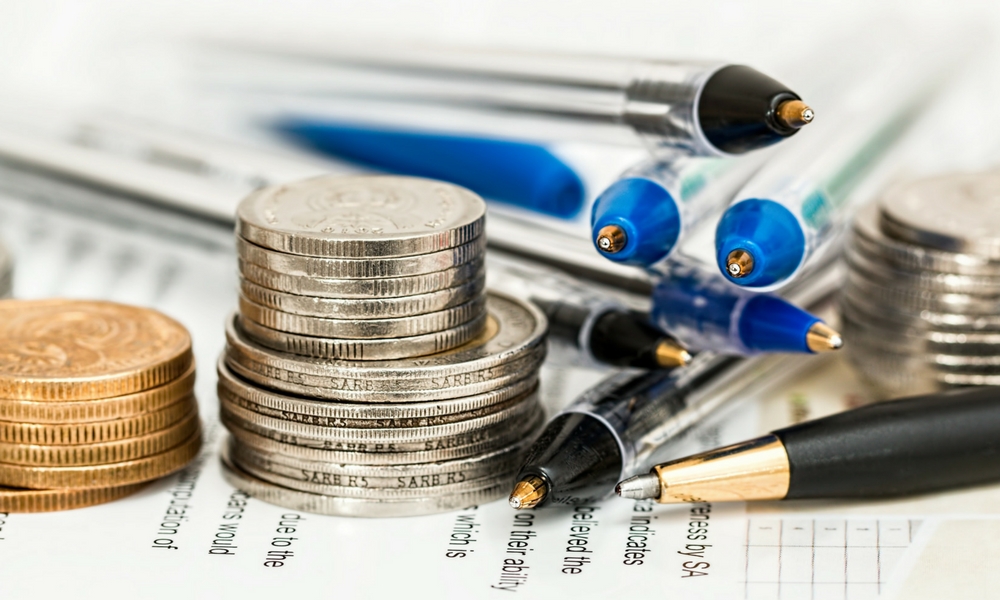 5 Money Saving Tips for Your Home